Libido has been and continues to be a taboo subject for the simple reason that it is essentially intimate. And it is not easy for anyone to expose personal privacy, especially if it is to recognize that something is not right. The truth is that libido is part of life, as is eating and breathing. Likewise, it is also affected when our bodies are not at the maximum of their potential.

Men and women experience different sexual changes as they age, leading to misunderstandings for the couple.

For example, older men commonly notice less energy, lower libido, and erectile dysfunction than when they were younger. They may also feel self-conscious about an aging body.

This can make them feel less confident in their performance and worry that their partner will not find them attractive or sexy. It is important that whoever is worrying on any side of the relationship need to realize that the other person may be struggling with similar feelings about themselves.

For women who have reached menopause, sex can be less comfortable as they can face vaginal dryness and other natural physical changes. Additionally, the commonly used medications, especially antidepressants and anti-anxiety treatments, can also affect women’s sexual desire. All of this makes them more likely to avoid regular intimacy.

The partner can interpret this as a personal rejection or statement about their loss of attractiveness, when that may not be true at all. This type of misinterpretation can fuel a negative loop in which each partner assumes the other wants to withdraw. This results in feelings of rejection and greater distance when partners may want more intimacy and connection but are not sure how to proceed.

But, before we dive into the conversation about sexuality, there are some facts you should know about how menopause can affect your sexual life. 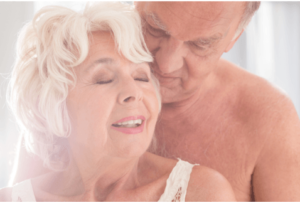 Vaginal dryness occurs in women of all ages, but it becomes much more common after menopause. The problem is estimated to affect about half of postmenopausal women, most of whom, possibly up to 90%, do not seek treatment for their symptoms, including dryness and irritation, and pain during intercourse.

The North American Menopause Society and the International Society for the Study of Women’s Sexual Health refer to this combination of menopausal symptoms caused by a decrease in the body’s estrogen production as genitourinary syndrome menopause (GSM ).

GSM can significantly reduce the quality of life, similar to other chronic diseases. While other symptoms of menopause, such as hot flashes, generally subside over time, vaginal dryness tends to persist because it is the result of physical changes to the vagina, specifically atrophy of the tissues, which become thinner, drier, and less flexible due to loss of estrogen.

It is common for many women to see it as part of aging, and although it is an unwanted situation, they end up accepting it. However, think about it; if half of the women do not have these symptoms as they age, it’s not only about aging.

What Does Science Say? 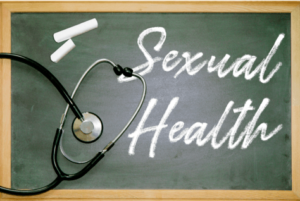 In some ways, the study provided good news; the vaginal moisturizer (gel), which is less expensive than vaginal estrogen, worked just as well as the estradiol tablet.

Vaginal estrogen formulations are not always fully covered by insurance and can otherwise cost $82 to $200 for a one-month supply. A leading vaginal moisturizer costs $20. Some common brands include Replens and K-Y.

Back to our study, researchers recognized that the downside was that not everyone got better. The existing treatments don’t make people have zero symptoms. The researcher advised being on the lookout for better treatments to make women feel comfortable.

Ultimately, the choice of treatment really comes down to what each woman is most comfortable with.

Another study, conducted as part of the Women’s Health Initiative, followed around 27,360 women between the ages of 50 and 79. According to the authors, sexual activity declined with age, as expected. They didn’t expect that, of the women who reported dissatisfaction with their sex lives, 57% wanted more sex, not less.

The study is revolutionary because it is the first proof that women are dissatisfied with the lack of sex that often accompanies menopause. And this contradicts previous assumptions, among which, if vaginal dryness were a problem, desire would falter.

The study also illustrates that HRT has declined in popularity and is not likely to increase the frequency of sexual activity.

As the researchers noted, women who were on HRT at the beginning of the study reported higher levels of sexual frequency than those who were not. However, they were surprised to find that the women assigned to take HRT as part of the study were no more likely to have regular sex than those who took placebo pills.

The researchers also noted that the use of hormone replacement therapy has declined since the Women’s Health Initiative, the same organization that conducted the study, published its findings in 2002 that combined progestin and estrogen therapy may carry significant risks for the health, including heart attacks, strokes, and even breast cancer.

Another key finding of the study was that most of the women suffered from vaginal dryness. And yet, as many women avoided hormone pills, they either abstained from sex or had sex with discomfort.

And they noted that vaginal atrophy – loss of vaginal tissue and muscle tone – was an issue for many women with dryness. In the case of ‘Use it or Lose it,’ the less a woman had sex, the greater loss of sexual function and enjoyment of sex.

Fortunately, while hormone pills have declined in popularity, vaginal creams are designed to treat dryness and make sex pleasurable. And among them, Vigorelle is a leader.

Unlike most drugstore lubricants, Vigorelle consists of natural ingredients, including l- arginine, Ginkgo Biloba, and Suma root. Designed for women with sensitive skin, Vigorelle comes with no harmful pharmaceuticals like nonoxynol-9. Water-based and condom-compatible, it’s ideal for instant arousal.

Fighting dryness has never been more enjoyable and rarely as safe. Put some Vigorelle in your life, and going by the results of the study, you’ll spend more time doing pleasurable things in bed than sleeping, whether you’re 53 or 90!

Vigorelle and sex for older women

Throw away any preconceptions you have about older people and desire. According to a new study, older people’s sexual desire is alive and well. In fact, if you believe the findings of the study described above, it is thriving.

Indeed, it is not a groundbreaking conclusion that people want more sex. And as the researchers expected, health took a bite out of libido. A higher BMI, heart attacks, depression, and arthritis were some of the ailments contributing to decreased sexual activity. Also, there are challenges to sex among older people, among which vaginal dryness is a problem. Fortunately, there is a natural and effective remedy for that in Vigorelle. 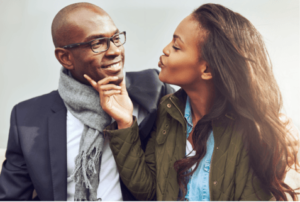 Back to the conversation about your libido, here are some tips on how to approach the situation:

A frank and open discussion about your sexual relationship, in which each of you can explain your own physical and emotional obstacles without assuming what the other is thinking, is the best way to break this loop. It is best to view the situation as an opportunity to advance your relationship and reach a new level.

It is not always easy to talk about sex, but it can take a lot of pressure to recognize the elephant in the room, so the two of you can start working together.

How can you start the talk? Doctors and counselors suggest framing the conversation positively by saying something like, “I’d like to find ways to reconnect that feel good for both of us.” It’s also important to start the conversation by making it clear that you want to hear your partner’s feelings, too. For example: “It would be great if we could take some time to talk about our sex lives. I miss the physical closeness, and I also wonder how you feel about it.”

You should keep in mind that sex is like exercise, nutrition, and other life aspects that need attention to maintain a healthy lifestyle. Sexuality evolves and can improve over time, but couples have to work at it and make the necessary changes. And it all starts with acknowledging the changes and talking about them.

It is encouraging to know that the sex drive advances, regardless of age. Take care of it, and you will be a person who accepts old age and lives it enjoying healthy sex with your partner.